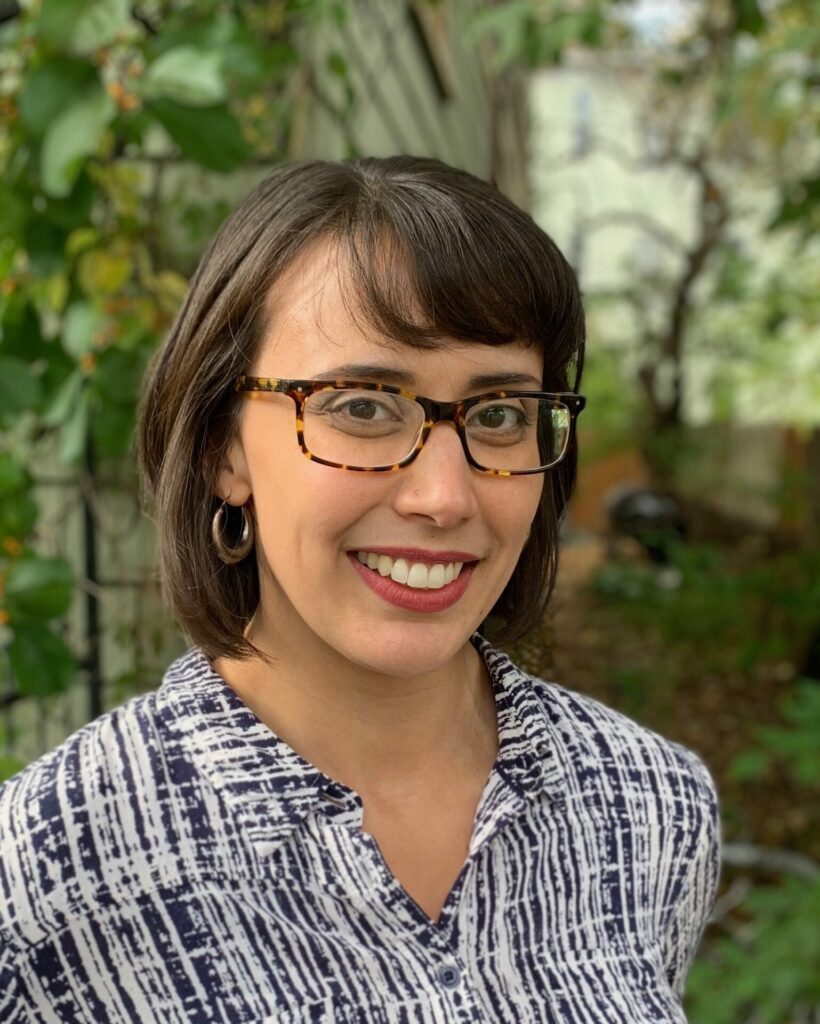 Don’t be fooled by her title; astrophysicist Kerstin Perez doesn’t get too excited about the night sky. “If I ever write a memoir, I want the first line to be, ‘I never once looked up at the sky as a child and wondered where we all come from,” she says.

Instead, Perez’s passion is building machines—and in particular, devices that look for signals no one has ever found before. She began her research career measuring and studying the first particle collisions at the Large Hadron Collider in Switzerland, which began collecting data in 2010. Now a professor at the Massachusetts Institute of Technology, Perez studies particles in a different context: by designing and crafting silicon-based detectors and other new technologies, to sense obscure antimatter nuclei from the cosmos and other signatures of hypothesized dark matter particles. She spoke to 1400 Degrees about how she got here.

I Googled you, and you name-drop West Philadelphia a lot. What was it like growing up there?

I grew up in a neighborhood of West Philadelphia, this borderland region between the suburbs and the city. If you walked 10 minutes in one direction, there were huge, beautiful houses and private schools. If you walked to my corner store, you’d be ordering a cheesesteak through bulletproof glass. I like to talk about where I’m from with students, because it can seem to them that professors are just born into that level of achievement. I’m not from a place necessarily associated with the rarefied, Ivy League world.

Did you fit into both worlds, the suburbs and the corner store?

Part of me didn’t really necessarily feel part of either world. I like to say I was an indoor kid. I was very into arts and crafts. I owned multiple glue guns. I would build dollhouses and handcraft the furniture inside to scale.

I took my first physics class my junior year of high school, and I found I could actually tie math to something in the real world. Math would tell me, if I threw a ball, when it would hit the ground. That was mind-blowing. Plus, to be honest, my teacher told me I was good at it, and that I should keep doing it. So at the end of high school, I was like, I guess I’ll be a physics major. Not because I knew what that meant. My parents also didn’t know, but they were like, ‘Yeah, this sounds more employable than being an art major. Go do that.’

I started doing research in my sophomore year in college. I worked in a lab imaging carbon nanotubes. From then on, I was hooked. You build things in an experimental physics lab. I was back to my dollhouse days.

They all involve looking for particles from space as signatures of dark matter.

GAPS is an Antarctic balloon experiment, scheduled to launch in 2022, that is sensitive to any kind of dark matter that would interact with the constituents of a nucleus, or hadrons. We’re looking for processes where dark matter might decay or annihilate to produce an antiproton, an antideuteron—which is an antiproton and antineutron together in a nucleus—and antihelium, which is two antiprotons and an antineutron in a nucleus.

NuSTAR is an X-ray satellite telescope that’s currently taking data in space. For the last five or six years, I’ve been using it to look for axions and for certain light dark matter candidates called sterile neutrinos.

The IAXO project is just getting off the ground. I love the entire idea of the experiment; it’s so wild. The idea is, if axions exist, they would be produced in the sun and streaming out toward us. IAXO would detect axions by literally pointing a giant magnet at the sun, which would turn the axions into X-ray photons. I’m working to build the X-ray optics for that experiment.

Are you betting on a specific dark matter candidate?

If I’m forced to guess, I always say it’s probably not one thing. But I don’t think about it in these terms. I think of it like, let’s measure something no one’s been able to measure before. Even if you don’t find what you’re looking for, you’re learning something new about the universe. I think that’s how we make progress on figuring out what dark matter is.

What’s the most challenging aspect of your research?

As an experimentalist, you have to keep in your brain two contradictory true things. You need to keep in mind all the ways the experiment won’t work, so that you make sure that those things don’t happen. But you also need confidence that the experiment will work. Otherwise, you’ll just never do anything.

You’ve written about trying to create an inclusive classroom as a professor and a female Latinx physicist. What was your experience as a physics student?

My experience was fairly good, as I’m still working in physics. But it was always obvious to me that physics classrooms don’t look like the rest of the world. My physics classroom at Columbia University looked nothing like my middle school classroom in West Philadelphia.

In hindsight, I tried to fit into cultural norms of the profession. More recently, I’ve been trying to be more authentic. Students of color want to connect with me, and that’s made me realize—I am different than a lot of other physics professors. So I don’t want to fit in too much. I want them to see that a physicist can dress and behave in other ways other than the cocky, dismissive white male stereotype. I want to leave room for us to express uncertainty and to care about people.

What is the challenge right now in physics classrooms with respect to inclusivity?

What are some steps that you take to make people feel included?

For me, a big part of it is to communicate to students that there are multiple pathways to becoming a physicist. As instructors, this can be difficult, because we succeeded in a particular system of education that typically emphasizes competitive achievement. But true scientific excellence encompasses many things that traditional classrooms don’t foster or reward: collaboration, failure and revision, and effective communication.