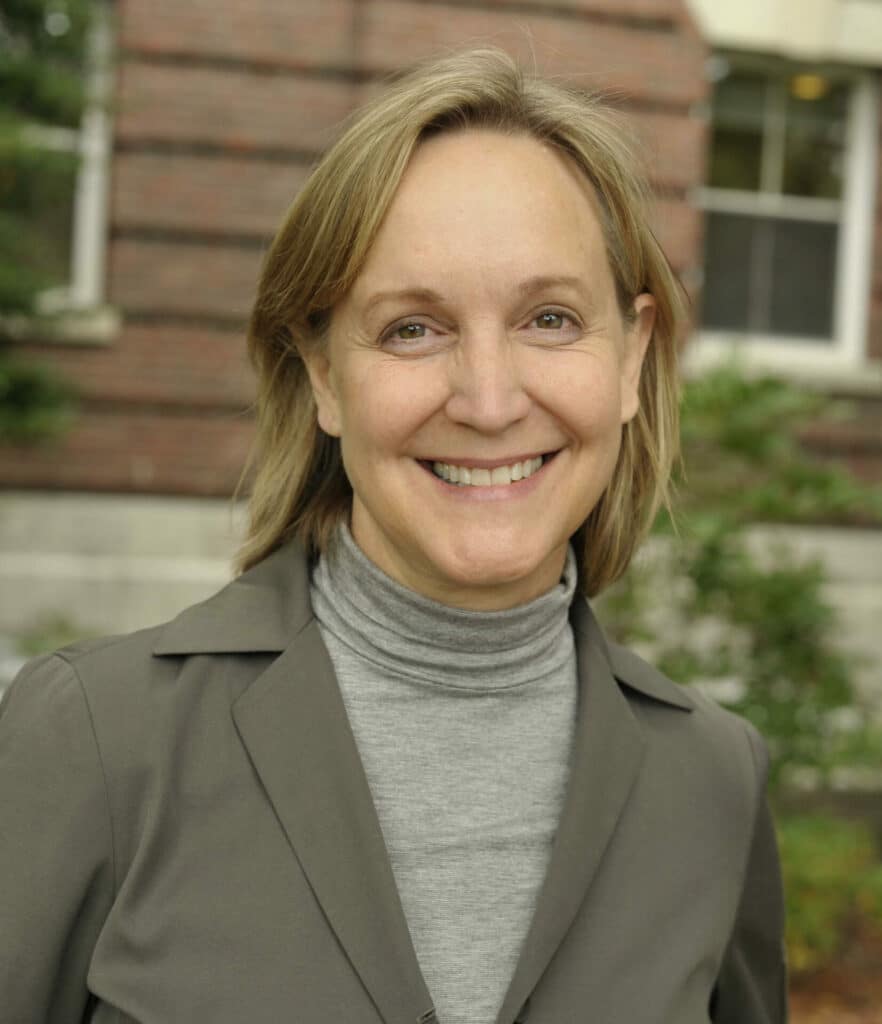 When Debra Fischer joined the field of astronomy in the 1990’s, most experts doubted whether planets existed outside of our solar system.

Today, researchers have confirmed the detection of more than 4,500 exoplanets—thanks, in part, to her work. “We now know that most stars have planetary systems,” says Fischer, an astronomer at Yale University. “I’ve contributed to the field being able to make that statement, which is cool.”

In fact, Fischer played a part in an early milestone for the field: the 1999 discovery of the first star with multiple planets. Since then, she’s also improved the precision of a leading exoplanet detection technique, known as the radial velocity method, to enable more discoveries. (The technique infers the presence of an exoplanet by the “wobble” it induces on its host star, as measured by Doppler shifts in the star’s spectrum.)

Now, she’s laying the groundwork for the field’s greatest ambition: to find extraterrestrial life. “We don’t know what we’re looking for when we look for life,” she says. “But finding Earth-like planets and searching their atmospheres for biological signatures will give us a good start.” In 2021, the National Science Foundation named Fischer as the director of its Division of Astronomical Sciences where she guides national research priorities.

She also works to advance diversity and inclusion in science, timely issues that the exoplanet field has grappled with in recent years. The community is still recovering following the resignation of a leading exoplanet researcher from his position after he was found to have sexually harassed his students.

Fischer spoke with 1400 Degrees about her journey from first-generation college student to leading exoplanet researcher.

You started your professional career as a nurse before you became an astronomer. How did that unfold?

My parents are proud of me now, but back then, they weren’t big fans of me going to college. My dad was a carpenter, and my mom was at times a stay-at-home mom and a secretary. They hadn’t gone to college, so it wasn’t part of their life experience.

So I paid my own way, with loans and working as an apartment building manager. But I wasn’t sure what I wanted to do. I got a degree in nursing from the University of Iowa and worked for four years as a nurse for open-heart surgery. The technical parts of the job fascinated me, and I started to consider medical school. I took evening classes while working full time. I chose courses by following my interests, which led me to chemistry as well as the history of jazz. When I stumbled on an astronomy class, I fell in love with the idea that as an astronomer, I could study everything in the universe—with the insignificant exception of Earth.

Then you went to graduate school at the University of California, Santa Cruz. You’ve talked about becoming pregnant as a PhD student. What was that experience like for you?

I chose Santa Cruz for my PhD because I could commute from San Francisco, where we moved for my husband’s job. I remember another woman was getting her PhD in astrophysics in the same program. She got pregnant after our first year, and I remember thinking, “She’s not very serious as a student”—and then I got pregnant too, a few months later.

It was overwhelming. We thought that we’d never get jobs after graduate school. She’d tell me, “I can’t do this anymore. It’s not fair to my kids at home.” I’d say, “Just make it to next Monday.”  Then by Monday, I’d go into her office and say, “You’re right. This really isn’t working,” and she would say, “I’m feeling better. Just make it to next Monday.” We cycled like that for a while.

That woman is Natalie Batalha, and she is now the principal scientist for the Kepler mission. I like to think it worked out for us because we were in grad school for the right reasons, but I also think a tremendous amount of luck goes into it.

You were part of the team that discovered the first multi-planet system in 1999. What led to the discovery?

Geoff Marcy and Paul Butler discovered the first planet in that system in 1996. I was working with them as a postdoc at Lick Observatory near San Jose, and we suspected the star had another planet with an orbit of two and a half years. My job was to come up with a mathematical model describing the system, but I absolutely could not do it with two planets. When I subtracted the contribution of the two planets to the star’s orbit, one more wiggle was left—a third planet, in between the two that we expected, with a period of about 245 days.

After Greg Laughlin, another postdoc, used his models to confirm that orbits were stable, I remember thinking that planet formation must be an incredibly robust process. We know now that most stars have multiple planets. That moment was the first evidence of it.

But our observations weren’t what the field expected for the first multi-planet system. All the planets were gas giants roughly the size of Jupiter or bigger. They also seemed packed together—all within the orbit of Mars in our solar system. People thought gas giants should be out in a distant orbit.

In 2015, Geoff Marcy resigned from UC Berkeley after university investigations found that he repeatedly sexually harassed students. What impact has his exit made on the field?

It was a positive moment. Women realized that they had a voice and didn’t have to put up with sexual harassment. His departure has allowed new opportunities to open up.

Do you feel conflicted about having to acknowledge him in your work?

No. I recently wrote a paper with Geoff Marcy as a co-author. Several people on the team objected to putting his name on it. But to me, including his name is a matter of record. He contributed some of the data. Imagine a worst-case scenario where his data turned out to be bad. We, as his co-authors, would be left holding the ball. I want him to be accountable.

What big questions are facing the culture of the field?

I feel sympathetic both with those who want change and with those who are left behind. I would like to create a culture where we can be firm, but also bring people along without humiliating them. It’s difficult because many who want fast change have zero patience for the white men for whom everything was working just fine.

What are you working on now?

What’s next for the field?

The next big missions proposed for the 2030s and 2040s will look for signatures of life in the atmospheres of planets. These missions would take surveys of nearby exoplanets, like those that exist around Alpha Centauri, which is just four light years away.

Has the pandemic changed the way you view your work?

I’ve thought more about how to do astronomy differently in response to climate change. I’m excited about EXPRES, the new instrument I just built, but my feelings of accomplishment come against this backdrop of impending doom. It feels like I’m on the Titanic, rearranging the deck chairs, when disaster is coming.

The pandemic showed me that we could change our habits quickly if we needed to. We met by Zoom and did more observations remotely. Coming out of this, we can continue reducing our carbon footprint by holding some fraction of our meetings by Zoom. We can also retrofit more instruments to be remotely operable.

Two years ago, I co-founded Astronomers for Planet Earth, a grassroots movement for astronomers to engage the public on climate change. We have the subject expertise without the public distrust that climate scientists face. The movement is working to incorporate climate change discussions in our networks—classrooms, planetariums, and amateur astronomy groups. We have 1200 astronomers involved around the world. I work on this project every week, and it’s become as important as anything that I’ve done.