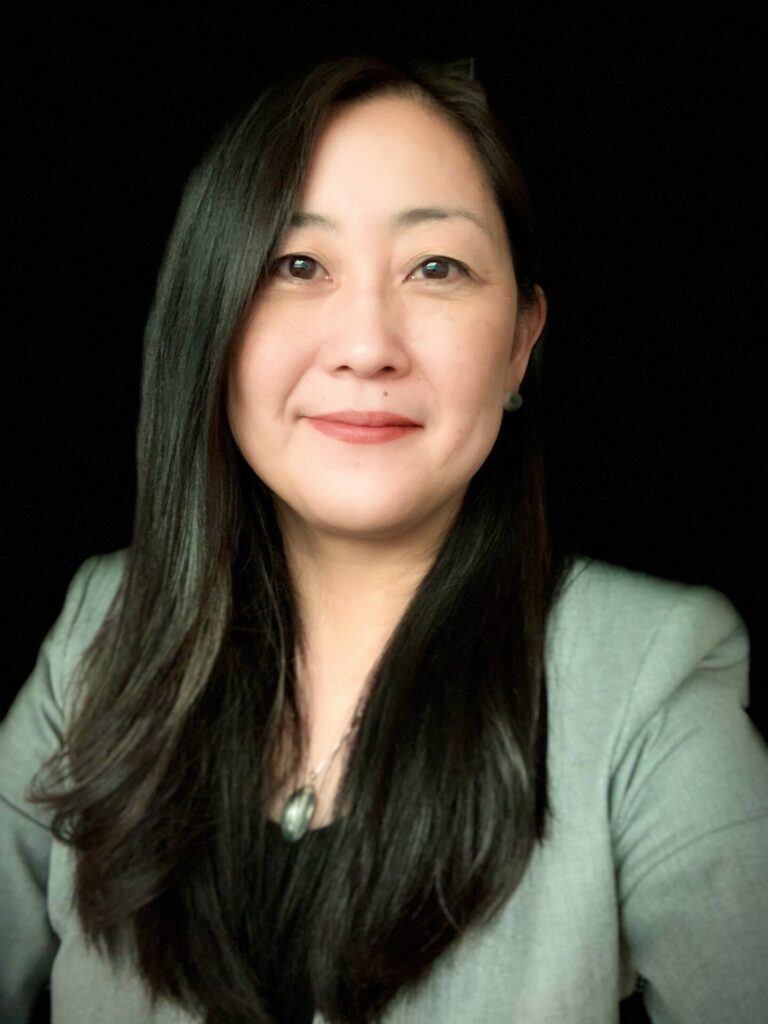 Reina Maruyama has had her doubts.

Like the rest of us, the Yale University physicist doesn’t know what dark matter is. Maruyama is involved in experiments that search for both axion and WIMP particles, two hypothesized contenders for the invisible substance. She also doesn’t know why matter dominates over antimatter in our universe. She studies that question by conducting experiments that look for neutrinoless double beta decay, a predicted radioactive process that could have created matter at the beginning of the universe.

But most surprisingly, despite her leadership in investigating some of physics’ biggest questions and now loving her career as a professor—Maruyama wasn’t always sure that she wanted to be a physicist. “There are so many wonderful opportunities out there,” she says. “Being a physics professor isn’t the only way to lead a life.”

After nearly two decades in the field, Maruyama has learned to channel this uncertainty into her science. Her early doubts about whether she fit into the physics community led her to foster a supportive, inclusive culture among her collaborations today.

“I don’t want to work only with people who come in knowing everything,” she says. “Nobody comes into the lab or to the classroom knowing everything. Some students have better grades and better preparation than others, but I believe that people do learn and my job as a professor is to facilitate that.”

She spoke to 1400 Degrees about her journey in physics so far.

You immigrated from Tokyo to Connecticut in 1985, when you were 12. Could you tell me about that move?

It was a big culture shock. Very few non-white families lived in New Canaan, the town we moved to. I spent a year learning English, and it took another year for me to become comfortable speaking. The only students in my English as a second language class were me and a girl from Spain. We met with a tutor once a week, and the rest of it was full-on immersion.

My family moved because my father’s job in import-export was transferred from Tokyo to New York. We originally intended to go back to Japan after five years, but at that point, my parents didn’t think my brother and I would do well in Japan. So my parents worked really hard to integrate us into that community. I played the violin already before we moved, so they signed me up for school and community orchestras, and my brother was a total jock—he played baseball, soccer, football.

When did you decide you wanted to be a physicist?

[laughs] Sometimes I still think, ‘Am I doing the right thing?’

I’m sure the move had something to do with me deciding to study the sciences. I went to college saying I wanted to major in either music or physics. Both use a more conceptual, universal language that doesn’t rely on knowing specific words.

I got hooked on physics because of research. Between sophomore and junior year of college, I participated in an undergrad research program at the University of Rochester. My advisor, Joe Eberly, encouraged and guided me to apply to grad school. Some of my college friends were also applying. That’s when I said, “Okay, I want to go to grad school. I think I can do this.”

But you had hesitations.

After grad school, I wasn’t ready to commit to life as a physicist. I was aware of other opportunities, such as jobs in the optical communications industry, which was really exploding at the time.

I also had a lot of insecurity. I wasn’t sure that I had the chops, that I would have enough new ideas to bring to the field.

You’re a professor at Yale. I feel like people would be surprised to know that you felt so insecure about your physics chops.

It helps that I was recently promoted to full professor, and I’ve gotten multiple grants. But the insecurities are still there. I’m super grateful to be here. I couldn’t do all of this if I didn’t have my people. I have phenomenal students and great postdocs.

Where did the insecurities come from?

I didn’t see any physicists with a life that I wanted. That mismatch made me wonder if I pursued becoming a physics professor, if I would still be me.

Looking back, I also experienced issues because of my race and gender. Physics is collaborative. Students work on problem sets in groups. In experiments, multiple people have to bring their skills together. That kind of collaboration is a lot easier when you can just assume you know what is going through your collaborator’s head. When I entered the University of Washington as a grad student, I was one of two women in a class of 17. In that kind of environment, when collaborations aren’t working out, you’re not sure if it’s because you’re not good enough or if it’s because of your identity. It takes a lot of mental energy to disentangle why things don’t work out.

Why did you decide to stick it out?

After my PhD, I did a postdoc at the University of California, Berkeley. Then, when my postdoc ended, I worked as a research scientist at the University of Wisconsin-Madison, where my husband, who’s also a physicist, took a tenure-track job. The physics department was wonderful, and they kept encouraging me to apply for tenure-track positions there, but I wasn’t quite ready.

At Wisconsin, I created DM-Ice, a dark matter detector at the South Pole. That project made me want to continue doing physics. It was with DM-Ice that my various expertise merged, and I was the only person who could lead that experiment. That, and my experience of working with a phenomenal team of engineers, managers, and physicists was really exciting. It felt like we were playing music, that everybody was in sync—it gave me goosebumps.

What projects are you working on right now?

I’m working on a few experiments for detecting physics beyond the Standard Model. One experiment is called COSINE-100, which is located in South Korea. It’s a detector made of sodium iodide looking for WIMP-like dark matter. This experiment is trying to replicate the results of another experiment called DAMA, which claims to have observed dark matter, but nobody else has seen their signal. On my home turf at Yale, I’m co-leading the HAYSTAC experiment, which is looking for axion-type dark matter. I’m also a member of CUORE, this 150-person collaboration working on an experiment in Italy. We’re currently taking data to look for neutrinoless double beta decay, a process that can occur if neutrinos are their own antiparticle and could explain the matter-antimatter asymmetry in the universe. We’re also proposing the next generation experiment, called CUPID.

You have two daughters. It can be daunting for young physicists to think about starting a family while also committing to research. What was it like for you?

It was definitely hard. In physics terms, I found it helpful to clearly define my boundary conditions—for example, “I want to focus on work from nine to five.” Then, you figure out how to do that. Does that mean daycare? Hiring a nanny? Asking your parents to move in with you? How much money do you have to spend? Am I okay with having my career delayed by a year, or five years? I always come back to the question, “What am I willing to live with?” Don’t be afraid to ask for help. It’s okay to hire people to help you clean your house and to look after your kids.

Have you been able to live the life you wanted as a physicist?

There’s no one way to do physics. It took me a really long time to understand this, but I get to decide who I want to be.

Next year, I will be the chair of the Women Faculty Forum, a support network for women faculty all across Yale. I’ll be in charge of programming how to amplify women’s voices and scholarship across campus. I like to think that I’m playing a tiny role in changing who people think physicists are—to work toward a more inclusive academy.