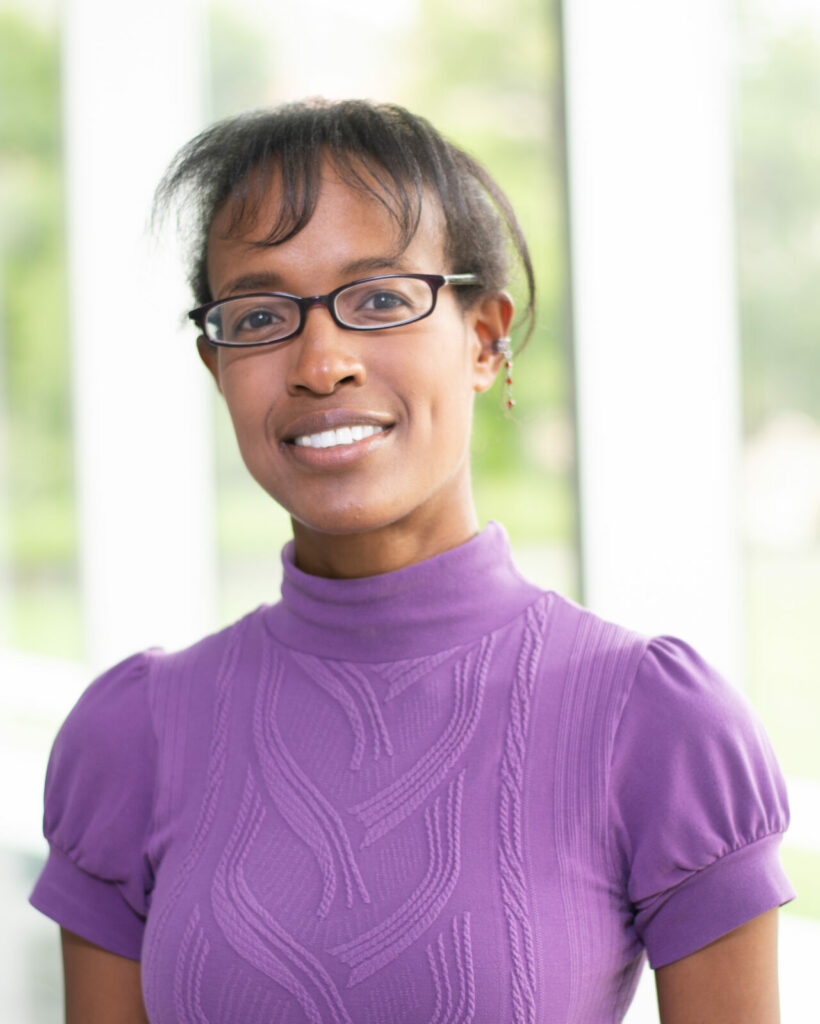 A newspaper article may have sealed Serena Eley’s professional fate.

“When I was in second or third grade, my sisters and I would read the children’s pages in the Washington Post on Sundays,” says Eley, an assistant professor of physics at the Colorado School of Mines. “In one edition, they had an article on Maglev trains, which levitate above the tracks.”

The article explained that the trains levitated because of magnets and superconductors, but Eley wanted to know more. She began consulting other sources. “I looked at our children’s Encyclopedia Britannica, and it had nothing about superconductivity. Then I looked in the adult Britannica and I could not understand the entry on superconductivity,” says Eley. “So I was like, I have to figure this out.”

She committed. Excelling in physics in high school, Eley began researching superconductivity in college. She even completed her PhD at the University of Illinois, Urbana-Champaign, an institution known for its ties to the pioneers of superconductivity. Now, studying superconductors as a physics professor, Eley is quite literally living her childhood dream.

“I get very obsessed with things,” says Eley. She spoke to 1400 Degrees about her research.

What’s your fascination with superconductors?

How do we make that happen?

What do you study?

I study vortices, these nano-scale whirlpools of current that form in superconductors when they’re exposed to a small magnetic field. These whirlpools consist of currents made of electron pairs surrounding a core of unpaired electrons. These vortices will hop around, and this motion deteriorates the superconducting state. If we can stop or slow down the vortices, we can dramatically improve the current-carrying capacity of the material.

How do you stop the vortices from hopping around?

We can stop them from moving by adding defects to the superconductor. The defect will form an energetically favorable spot for a vortex to sit. I’ve worked on projects where we’ve doubled or even tripled the current-carrying capacity of the material by adding defects.

Does vortex motion afflict all superconductors?

How do you study the vortices?

My group has recently gotten funding for a magnetic force microscope, which we’ll use to directly image vortices. But at the moment, we infer vortex motion from measuring the material’s magnetic response and fitting the data to models.

In my lab, our main instrument is a magnetometer. It contains a large magnet and a big bath of liquid helium, which we use to control the system temperature down to about 400 milliKelvin. We use the magnet to induce a current in a small sample of a material that we stick inside a drinking straw. We can then measure that current without adding wires by moving the sample up and down through coils of wire. This causes a change in voltage in the coils, from which we can extract magnetic or electrical information about the sample, which we then use in models of vortices.

How does your work benefit applications of superconductors?

Slowing vortex motion means you need less superconducting wire for the same amount of current. For example, a superconducting wire made of yttrium barium copper oxide (YBCO) that contains defects to slow vortex motion can carry up to 100 times the current of copper wire. This is an advantage when weight considerations are important, like in maritime applications. The company American Superconductor Corporation makes ship motors out of YBCO, and these motors can weigh 2.5 times less than a conventional copper-based motor, including the cooling system.

Some prototype quantum computers are made of qubits built from superconducting circuits. Do vortices affect how those devices function?

Vortices can cause superconducting circuits to lose energy and shorten the amount of time they can hold onto information. But people have greatly reduced these losses by shielding their qubits from magnetic fields or designing them to prevent vortex formation. So vortices are not the most significant problem for superconducting qubits right now.

But similar superconducting circuits can also be used for sensing applications, in which you want the material to be in contact with the environment and not completely shielded. So research on how to control vortex motion in quantum circuits is useful for quantum sensing applications.

You’re on the research advisory board for the IBM-HBCU Quantum Center. What type of work are you doing for that?

This is a new coalition spearheaded by Dr. Kayla Lee and others at IBM and Professor Thomas Searles of Howard University. We just had our first advisory board meeting in February.

Quantum workforce needs are projected to far surpass the number of trained workers, and the field needs to broaden participation to remedy this. Consequently, our goal is to increase the number of Black students educated in the field and help support HBCU faculty who are performing quantum-related research. Although HBCUs make up only 3% of U.S. universities, they train 27% of African American students who earn bachelor’s degrees in STEM. So HBCUs have a critical role to play. I’m hoping to provide connections between my network and their initiatives.

I saw that you like to run. What’s the longest race you’ve ever run?

How did you get up to that?

In college, I started out as a sprinter. After I graduated, I did a fellowship year in Japan at the International Superconductivity Technology Center, and I needed some goals outside of physics. When research wasn’t going well, I wanted to be making progress with something else. So I signed up for the Nagano marathon. I never thought I’d be able to run a marathon, so once I did, it felt like the sky was the limit.

Then when I was a grad student at the University of Illinois, I met ultrarunners, who run races longer than marathons. I thought they were absolutely crazy. But I liked running with them. There’s something about being an ultrarunner that makes you very relaxed. On such a long race, you encounter all these problems, and you have to find a solution to keep forging on.

After training with them for a while, I decided to try a 50-kilometer race. I enjoyed that. It felt like a journey; the scenery is changing; you’re meeting different types of people along the way. So I tried 50 miles, and I liked that too. Then someone told me about Bighorn, a 100-miler in Wyoming that was the prettiest race they had run. I really enjoyed that too. I think 100 miles is it, though. I’m not going any further.