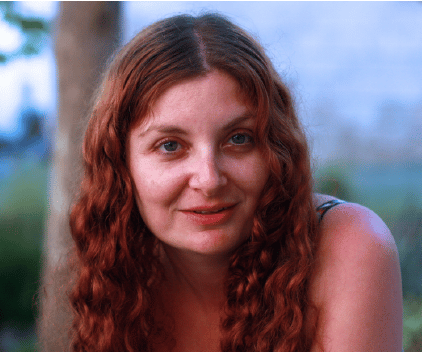 Working as a postdoc at Harvard in 2014, Smadar Naoz organized a group of local children to learn about astronomy on campus. The group toured a solar observatory and listened to Harvard astrophysicists talk about the prospects of studying the cosmos for a career.

The organizers had tailored the workshop, titled “Astronomy for Everyone,” to neurodiverse children. In addition to the science, “I talked about my dyslexia, and other senior people talked about their challenges, so that the students would know this career path was open to them,” says Naoz, a theoretical astrophysicist at University of California, Los Angeles.

Accessibility to education looms large in Naoz’s mind. The astronomer, born and raised in Israel, is the first person in her extended family to graduate from college and the only one with a PhD. “I knew I needed to be good at school, and that I needed to learn,” she said. “I wasn’t sure what, but I tried to learn whatever I could.”

As a child, she loved astronomy, but teachers doubted her ability and barred her from taking the necessary courses to prepare her. At one point in high school, she tried to teach herself classical mechanics out of a graduate-level textbook. Eventually, she took physics in college. A PhD at Tel Aviv University led to postdocs in the US, where she has worked since. She now researches gravity in various astrophysical systems ranging from exoplanets to black holes.

Naoz spoke to 1400 Degrees about her journey into astrophysics and her advocacy for neurodiverse students.

I can trace my love for stars back to age five. When I was growing up in Israel, my mom, younger sister, and I used to watch Star Trek: The Original Series. My mom would read the subtitles out loud because we didn’t know English. It’s one of the sweetest childhood memories that I have. I really wanted to be an astronaut just like Captain Kirk. But I soon realized that I was born in the wrong country to be an astronaut. Being an astronomer seemed like the best next thing.

You had a bit of a convoluted path to the field.

When I was in eighth grade, I took an aptitude test to determine my future career. They say that you cannot fail these tests, but I failed. The test predicted that I had a 30% chance of finishing trade school. My designated career was to be a hairdresser. But my teacher said, “Your fine motor skills are also really bad, so maybe you shouldn’t be near people’s ears with scissors. You can be the shampoo girl.”

That was hard to hear. The test results also torpedoed my chances to attend a good high school. The school I ended up attending didn’t accept me at first. During an interview for the school, the interviewer said, “It was very interesting to talk with you. I learned a lot about the moon,” because I couldn’t stop talking about a book on the moon I was reading. But he wasn’t sure I could succeed because of my aptitude test. They let me in after I passed summer school with high scores.

But they didn’t allow me to take physics. That was the beginning of my impostor syndrome. Every now and then, I still wonder if someone will come and tell me that I’m too stupid to teach physics.

When did you first start taking physics?

I took it at university after a few years in the army. My experience informed my teaching philosophy because I know it’s okay if students have an education gap. It’s a challenge, not an obstacle. I tell my students—just recognize your gaps, and I’ll help you find the right books to close them.

What do you research right now?

Before LIGO, astronomers made bets that they’d never see black hole mergers at all. To have a merger, you need two black holes, which means you have to start with two massive stars. But as two massive stars evolve, they expand toward each other. Then, they merge to become one star and end up as a single black hole instead of two. It doesn’t work either to make these black holes start further apart. People have calculated that these two black holes would need to be so distant that it would take them longer than the universe’s lifetime to merge.

But we do see black hole mergers. LIGO has detected many of them, and they estimate that two black holes merge every fifteen minutes in our local universe.

My group studies whether the presence of a third body can help the black holes merge. For example, that third body could be the center of a galaxy, in the form of a supermassive black hole. I find the triple-body system very rich and interesting.

What other three-body systems do you study?

During my first postdoc, I looked at hot Jupiters, which are exoplanets that complete a revolution around their star in about one day. Many hot Jupiters orbit in the opposite direction with respect to their stars’ spin, which seems strange compared to our solar system. In our solar system, we think the planets formed from a rotating gas cloud that collapsed. Conservation of angular momentum made all the planets form in roughly the same plane to orbit in the same direction as the sun spins. Why do hot Jupiters go the opposite way?

My mentor at that time, Fred Rasio, suggested that the orbit of a planet can flip due to something called the Kozai mechanism. This mechanism involves two objects in a tight orbit, with a third one far away, where all of them orbit the center of mass. On longer timescales, the orbits change, because one orbit applies torque to the other orbit. I liken it to the double pendulum, where one pendulum can flip and swing in the opposite direction. In a similar way, the torque can flip a planet’s orbit entirely.

If I apply the same physics around two black holes, this could explain how they merge. When an object’s orbit flips direction, it also becomes very elliptical. This ellipse can be so skinny that the motion is almost radial. This motion could cause two black holes to merge. LIGO’s detectors aren’t able to see an orbit flipping, but maybe future detectors will.

You’re an advocate for neurodiversity and accessibility in education. What spurred you to this work?

I’m dyslexic. As a kid, I was very quiet, and I had challenges with interacting with people. I found out about my dyslexia after taking a test for it during undergrad. The dyslexia was enough to get me an extra 15 minutes on tests. But I kept it secret. Awareness of neurodiversity was lacking in Israel at the time, so I thought that something was wrong with me.

It was easier for me to accept others than to accept myself. When I was a teenager, I volunteered at a preschool for kids with developmental problems like ADHD. I was proud of them when I saw them overcoming a challenge. But when it came to myself, I kept asking, why do I have challenges to begin with? It took me a long time to stop being ashamed.

Have you found that people hold many misconceptions about neurodiversity?

My department is actually pretty aware. But one misconception is the belief that neurodiverse people are unable to change. An NSF officer asked me once, why even bother working with kids on the spectrum? He thought nothing would come of it. It was upsetting. Of course we can change and adapt.

How do you think academia could improve support of neurodiverse students?

When we talk about diversity, we often think of gender, race, and ethnicity. In reference letters, we might talk about a person being a first-generation college student who didn’t have support. They have overcome challenges, and it is a positive thing. But neurodiversity challenges sound like a red flag. Students ask me whether they should write in their grad school applications that they have some diagnosis, and I’m often hesitant because unfortunately, some committee might count that against them. It’s disheartening that we are not yet open to hearing the challenges a neurodiverse person has had to overcome. This needs to change.