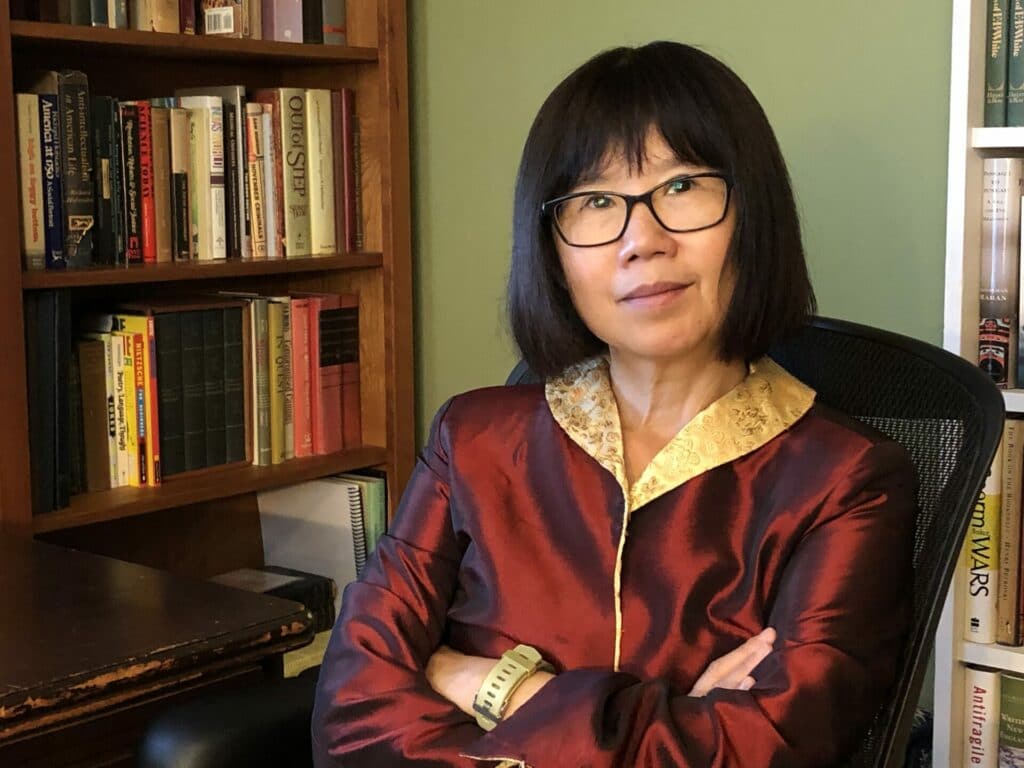 Young-Kee Kim has made a bet, over and over again, for the last 25 years. She thinks that the answers to some of physics’ biggest questions lie inside a particle collider—within the shrapnel of elementary particles as they smash into each other near the speed of light.

She’s been right many times. The University of Chicago physicist began her career in the late 1980’s, working for an international collaboration to build AMY, a detector at TRISTAN, an electron-positron collider in Japan. In 1995, her international collaboration, CDF, reported the discovery of the heaviest fundamental particle known—the top quark, at Tevatron, a now-retired proton-antiproton collider in Illinois. In 2012, she rejoiced with the rest of the field when physicists at the Large Hadron Collider discovered the Higgs boson in 2012 to affirm the current theory of particle physics, the Standard Model.

Now, the sticky challenge ahead is to experimentally discover the ways in which the Standard Model is incomplete. As a leader in the particle physics community, most recently as the 2020 chair of the American Physical Society Division of Particles and Fields, Kim is working to set up opportunities for the next big discoveries over this century. For her own research, she strives toward a deeper understanding of the origin of the mass for elementary particles in the Standard Model, as well as the origin of the mass for dark matter, which the Standard Model does not account for. Kim spoke to 1400 Degrees about her life, career, and the future of particle physics.

You grew up on an apple farm in South Korea. What was that like?

We lived in an area surrounded by apple farms and rice fields. It was a peaceful area, and we played with various plants, rocks, and insects. All my parents cared about was that we came home in the evening for dinner. I remember feeling total freedom. I remember not being afraid of anything.

I didn’t have toys or dolls. I loved to play with grasshoppers in fields and fish in little creeks. It’s funny because in my public lectures, I often compare elementary particles to Lego blocks because I assume everybody played with them when they were young. But I never played with Legos. Nature was my toy.

In junior high, my science teachers asked me to join a science competition. I don’t know why they picked me, but I ended up winning the first prize, statewide. Because of this competition, I learned some physics, geology, biology, and chemistry. Winning probably gave me some confidence that I could do science.

But I started out interested in math. I was pretty bad at memorizing words and facts but enjoyed solving little math problems. In college, I thought I would major in math. I learned about physics through some college friends and got interested. I ultimately picked physics because I thought that it used the same logic as math, and I could connect it to nature.

When did you get into experimental physics?

When I went to the University of Rochester for my PhD, a professor who became my thesis advisor introduced me to experiments. I came to the US wanting to study theoretical physics because I didn’t even know what an experiment was. While I was helping him to build a detector for an experiment in Japan, I realized—wow, experiments are so cool and exciting. He had such a good team with so many different skills. It blew my mind that I could contribute to construction of this detector. I tried to learn as much as I could.

You led the measurement of the mass of two fundamental particles, the top quark and the W boson, very precisely. Why did you want to measure those masses?

Any elementary particle you find in the world, such as an electron or a quark, has its own unique mass. I was fascinated by the question; how did they end up acquiring that specific mass? The Standard Model suggests that the Higgs boson is responsible for giving masses to elementary particles, thus the Higgs may have a key to address this question. The Higgs hadn’t been discovered then. However, the Standard Model said that if we measured the W boson mass and top quark mass very precisely, we could predict the mass of the Higgs boson. When collaborations at the LHC measured the Higgs mass in 2012, it was within the range we predicted.

That’s cool that your predictions were correct.

Yes, but in some sense, we probably would have been more excited if they didn’t agree. We have a lot of open questions about the Standard Model, and we need a better, more complete theory. One way to find a better theory is to find ways the Standard Model doesn’t work.

So what is mass?

Currently, the international particle physics community has proposed building several new colliders: CERN’s Future Circular Collider, China’s Circular Electron-Positron Collider, and the International Linear Collider in Japan. But physicists have also voiced disagreement over whether building a bigger collider is the right strategy, citing high costs. What do you think needs to happen for the future of particle physics?

From a scientific perspective, I believe that we need a higher energy collider. The Standard Model has been extremely successful, but it cannot answer many questions. Why have we observed the electron interacting with the Higgs very weakly, resulting in a small electron mass, but the top quark interacts with the Higgs very strongly, giving about six orders of magnitude larger than electron mass? We observed six quarks: top, bottom, charm, strange, up, and down. Why six? Why is the present universe dominated by matter particles?  What is the nature of dark matter and dark energy? A higher energy collider can address some of these questions.

At the beginning of your career, you worked in Korea, the U.S., and Japan. What did you learn from working in so many countries?

Open global exchanges are key to advancing science. In big scientific teams such as particle physics collaborations, collaborators come from many countries with different experiences and cultures. We share knowledge and resources to generate innovative ideas and solutions. Another important lesson that I learned is that a diverse workforce makes better science. Scientific and technical problems are much harder to solve if everybody thinks the same.